Its been about 8 months since I bought the Chiappa M9 22 replica of the Beretta M9 (92fs). I honestly have not shot tons of rounds through this gun like most of my others. But something happened to me the other weekend while shooting the M9 22. A blast of particles came back into my face. I figured it was just crappy ammo and that the slide had not closed all the way. Then it happened again. I began to look at my brass that was ejected and noticed a massive bulge near the base and a couple that had actually cracked. It appears that the bottom side of the chamber has swelled or something. Needless to say this gun will be going back to the manufacturer for repair. I hope they can fix this.  I really think this gun is a nice training tool for my real Beretta 92F. I'll keep you informed how it goes.

Here is my letter to Chiappa....

Let me just start of by saying that Chiappa's track record with me is not good. This is the second product I have bought from Chiappa and it has been defective. Its sad since Chiappa appears to have some really nice looking guns. The 1st time I purchased from Chiappa it was a couple of M4 22LR rifle magazines and they did not work, they appeared used, and one even had "BAD" written on the side of it with a permanent marker. To Chiappa's credit they were replaced quickly with new magazines. My second purchase from Chiappa is the M9-22 S/N xxxxxxxx. This pistol apparently has an issue with the chamber and the brass swells upon ignition and in some cases cracks and blows back pieces of brass and powder residue into the shooters face. I sent the pistol back to Chiappa with spent brass casings so the technician could see it 1st hand ( RMA# was xxxx). I received my M9-22 last week with a letter saying there was a bur on the feeding ramps and that it was removed. I do not believe the pistol was test fired after it was deburred and sent back to me. I shot the pistol with 10 rounds and they all exhibited the same issue with bulged cases.

This gun is unsafe. What can be done to resolve this issue? 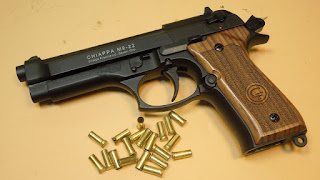 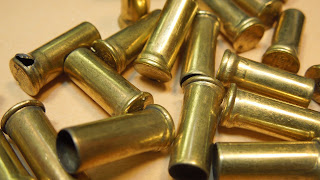 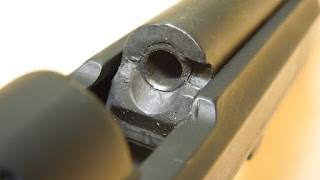