After a few hours of removing as much cosmoline as I could, my Chi-Com SKS rifle finally started to come through. This rifle was heavily packed in a preservative grease and was tough to remove. However, the preservative has appeared to do its job and the rifle exhibited little if any rust. In fact the bluing of the rifle was in much better shape than what I thought it would be. The stock however never got any better. There is a small crack at the location of the cross bolt that holds the middle of the stock to the receiver, but I think it is still usable after looking at it closer.

Below are a few pictures of the parts as I disassembled the rifle for cleaning and some after shots when the clean up was complete. 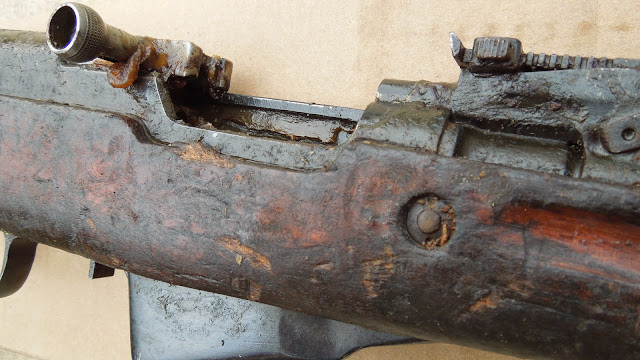 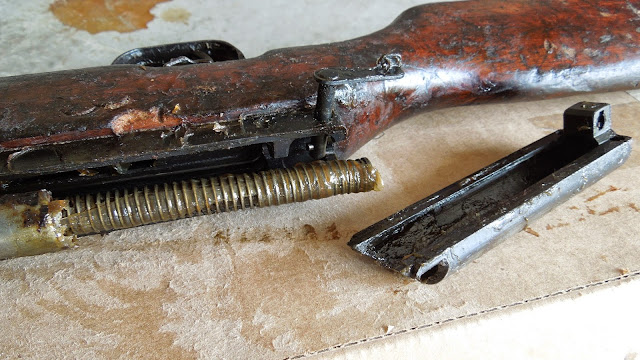 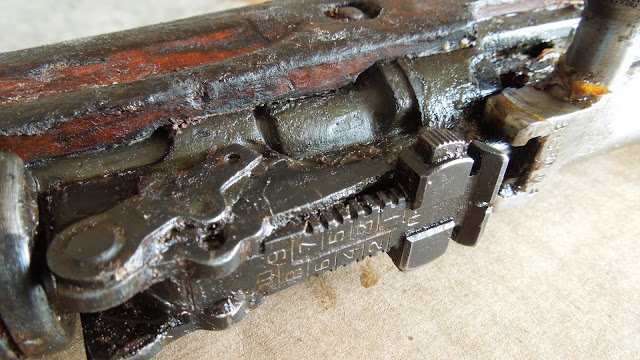 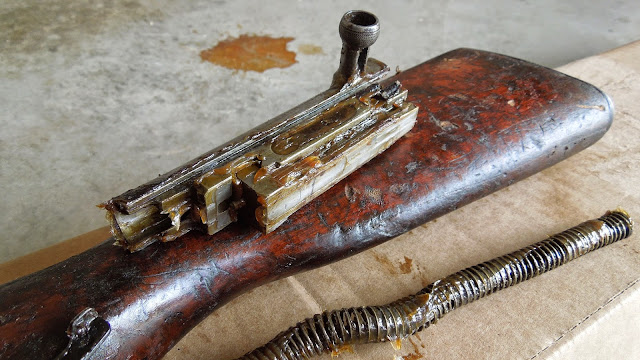 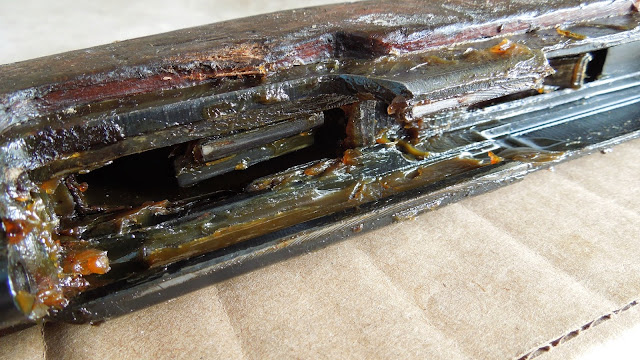 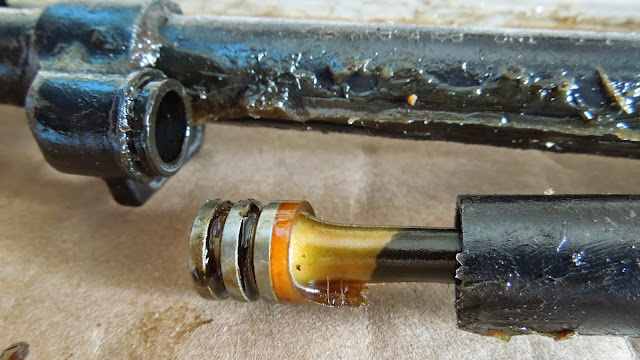 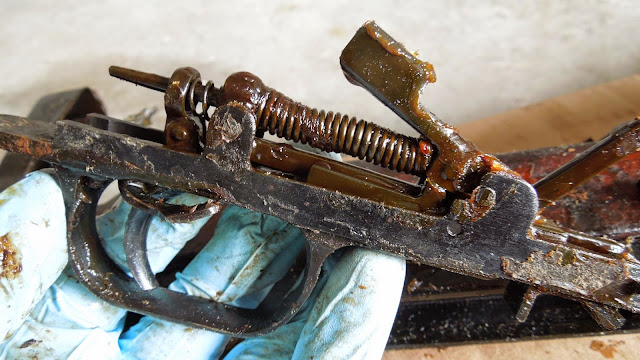 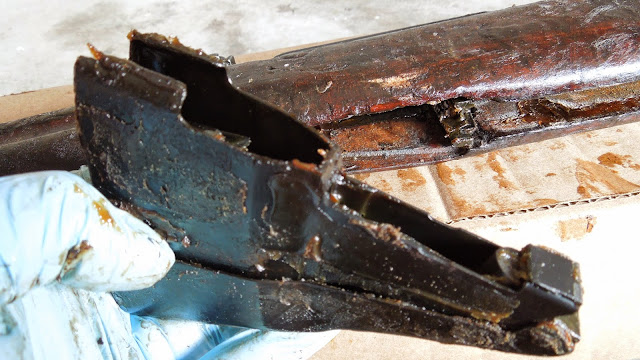 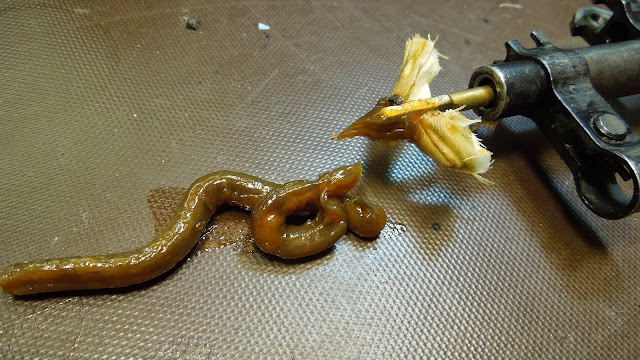 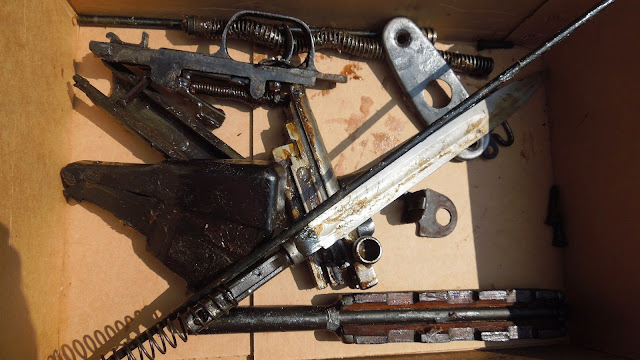 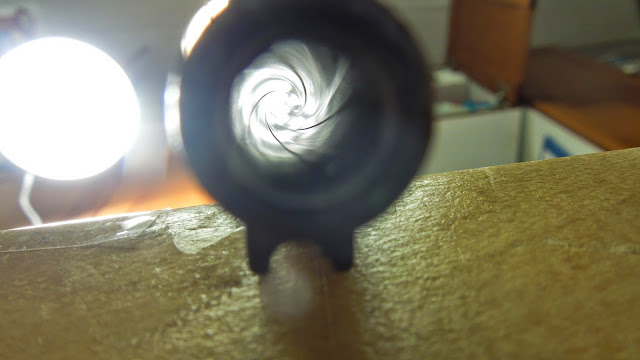 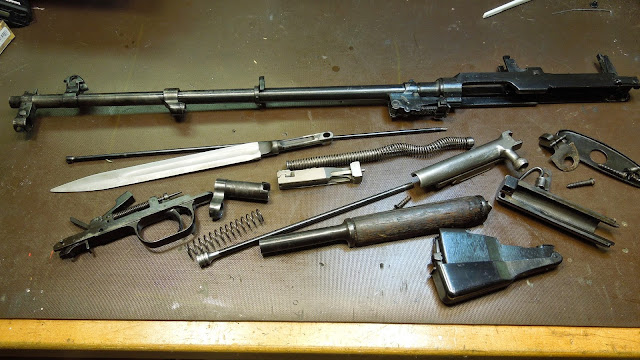 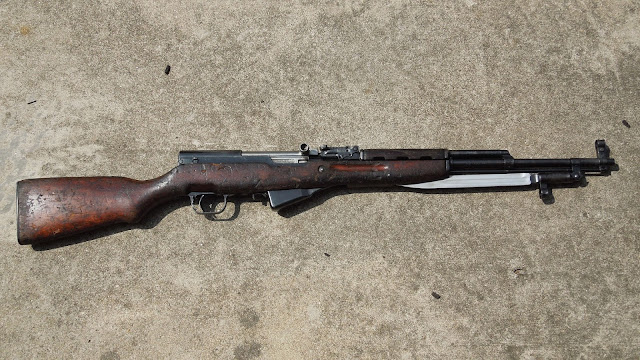 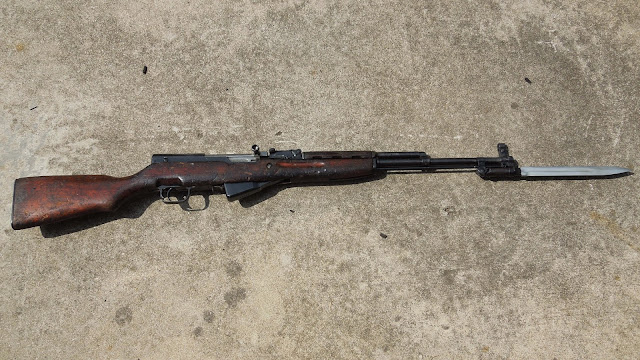 These historic and highly popular Chi-Com rifles were banned from importation by the Clinton Administration in the early 1990's. This small group of rifles was stored in a neutral country for over 20 years before being granted an exception for import and are now here at Classic Firearms for sale to you.

Rifles are complete and functional but expect bluing wear, and stocks with dents and dings. Some may even have slightly cracked stocks not noticeable under all the cosmoline. These are packed in fairly heavy cosmoline.

Concerning the stocks, most stocks are solid and some may have small cracks. We have not found any that are broken, or unsafe to use. They are not pagent winners. Expect a good solid shooter, not a pretty stock.

Some stocks may possibly have trench art (field carvings) in the stocks as represented in one of the images above. We are also not disqualifying these carvings from hand selects as these are prized by some collectors and many consider this field art extremely desireable.

Now for the good stuff.

These are all very early rifles - i.e. Pre Vietnam Era, and as such they contain all milled parts.
The barrels are all threaded into the receivers (rather than being pinned) and they all have the heavy reinforced barrel lug. All trigger groups are 1 piece milled units rather than being stamped. Some of the gas tubes are one piece milled as well

Also, since these all have chrome lined barrels the bores should still be fairly nice, and I will bet you a dollar these will all still function flawlessly and have thousands of rounds of life left in them.

Some, but not all, still have the cleaning rods in them, but all will have a folding blade type bayonet.

Feeds from a 10 round box magazine but detachable high cap mags are inexpensive and very easy to obtain.

These rifles came into the country packed in heavy cosmoline.

These are C & R Eligible

When we first started in business in the late 80's we sold thousands of Chinese SKS rifles and as such I have a soft spot for them. They will always be my favorite.

After market stocks, magazines and accessories are plentiful and easy to install, and they are just plain cool guns.

Don't let my overly honest description fool you, I have tried to paint a worst case scenario but the truth is some of these ain't half bad.

Even the roughest ones are mighty fine shooters.

They are historically significant, and make a fine addition to any collection....

We only have a very small batch this time...

I encourage ya'll to get one or more of these Chinese SKS's before they're gone. It will probably become your favorite rifle.