While doing some high speed camera work for a video on the aluminum AR15 bolt carrier from Whiskey Arms, I had a malfunction in my 3-Gun Rifle. The brass case broke in half leaving the front part of the case in the chamber while extracting the rear portion. This problem is due to me using re-manufactured ammunition. All the brass was submitted by me for reloading. I can't say if all the brass I sent in was all mine because I pick up range brass all the time. So I do not blame the reloading company for this. However, for my multigun matches I now use only new manufactured ammo. Below is a photo of the brass as well as another cracked round I found before I shot it.

Also included in the video is high speed footage of AR-15 doing Bolt Bounce. This is a condition I created on my own by removing the weights inside the carbine buffer. I personally can not feel the bounce but my Casio EX-F1 picked up the movement. Additionally I show how the bolt should react upon closing by using a non altered buffer. By comparing the two slow-motion video clips you get a pretty good idea what bolt bounce is. 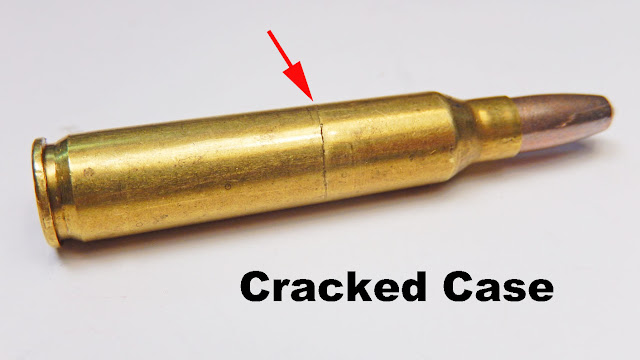 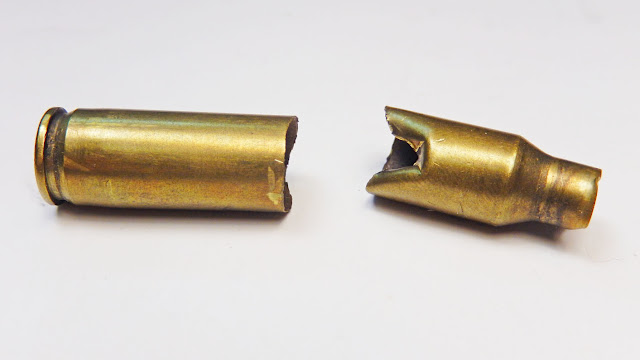 A similar thing happened to me while I was shooting from the open door of a helicopter. Fortunately the next round had lodged into the front part of the case making it easy to remove with only my knife. I was able to clear the malfunction and get back on the gun without having the helicopter land.